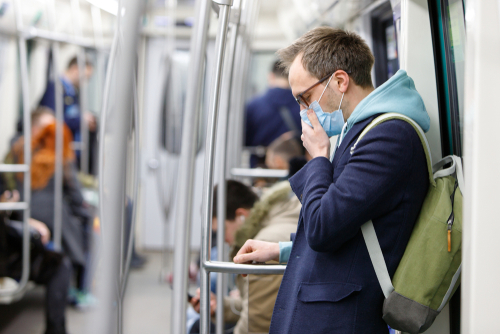 This article originally appeared in Christianity Today on February 11, 2015.

Long before high fructose corn syrup, phthalates in shampoos, or chemical toxins in vaccines, we were already preoccupied with keeping our bodies pure and uncontaminated. Though technologies and forms have changed, the root motivation has always been the same: an individualism that presumes personal effort can ensure our good health.

Eula Biss describes that in the 19th century, the upper and middle classes thought of smallpox and many other diseases as a result of filth, a condition of the poor. They shuttered their windows against the air blowing in from the slums and avoided any bit of contact with those who were thought unclean. Today, we tend to think of many diseases, from cancer to autoimmune disorders, as the result of toxic buildup and strive to avoid the chemicals we deem unhealthy.

Both ideas, filth theory and toxic theory, “allow subscribers to maintain a sense of control over their own health by pursuing personal purity…Our version of [window] shuttering is now achieved through the purchase of purified water, air purifiers, and food produced with the promise of purity,” Biss writes in her fascinating book On Immunity: An Inoculation, which released this fall, just months before the latest measles outbreak and subsequent debate over vaccination.

As a result of our focus on personal purity, we begin to think of individual health as separate from public health: “Public health, we assume, is for people with less – less education, less healthy habits, less access to quality health care, less time and money.”

People with more tend to see themselves as exempt from rules that govern those with less. (This could be said for any number of groups. Bankers on Wall Street, for instance.) In the case of vaccination, it means that people from wealthier, more educated backgrounds often exempt children from the vaccination schedule that other families follow, or refuse vaccines completely.

I did this. While pregnant, I weighed whether to vaccinate my son, fearing the injection of scary chemicals into his “pure” little body. Studies show those who decline vaccinations are more likely share this concern, a preference “for what they perceive to be ‘natural,’” NPR’s science blog reported.

In the end, knowing how much international travel we do, I did decide to vaccinate him, but on an alternate schedule—spreading shots over more doctor’s visits instead of cramming multiple shots into one visit. Reading On Immunity, I realize my decision is one of privilege. Our insurance plan covers these separate doctor’s visits. I can afford to fret over my son’s chemical load because I’m not worrying about whether he will contract Ebola or get shot in the streets. “Wealthier countries,” Biss writes, “have the luxury of entertaining fears the rest of the world cannot afford.”

Throughout her book, Biss uses the metaphor of the body—which has familiar symbolism for Christians. How we think about our individual bodies influences how we see the body of the community as well as the body of the nation, and vice versa. One fascinating example:

Researchers asked two groups of people to read an article about US history that used bodily metaphors – the nation experienced a “growth spurt” and worked to “digest” innovations. Before reading this article, one of the groups was also asked to read an article describing airborne bacteria as harmful. Researchers found that the group of people who had read about harmful bacteria were later more likely than the people who had not to express both concern about bodily contamination and negative opinions on immigration, though the article about US history had not mentioned immigration. Without having the metaphor explicitly established for them, those people gravitated toward thinking of immigrants as bacteria, invasively contaminating the body of the nation.

When we think of our physical bodies as contained units, not affected by the health of other bodies around us, this influences a constellation of other attitudes. As Biss cites from Susan Sontag, our individualism is often just a code-word for self-interest.

The sense that we are “exceptional” drives many of our social fears. Fear of toxins and the search for natural ways to boost the immune system morphs into a kind of self-differentiation; we want to prove that our bodies are stronger and purer than those of people who don’t take care of themselves and eat junk food all day.

Based on this line of thinking, we fear immigrants, not just because they might be a drain to the economy (which they aren’t), but also because they are different. In light of our “exceptional” status, we worry they will invade and burden our national body. We also put national interest before global welfare, thinking that we can keep the suffering of the global poor and the ravages of climate change in other parts of the world from penetrating our national borders.

Biss’s goal in the book is to point out that our bodies are not separate from other bodies. “Our bodies may belong to us,” she says, “but we ourselves belong to a greater body composed of many bodies. We are, bodily, both independent and dependent.” She could’ve been writing the same thing about the believer’s relationship to the body of Christ.

This is what I appreciate the most about On Immunity. Biss’s call to transcend the American individualist mentality—where the health of the next homestead is no concern of ours, as long as ours is well tended—and instead embrace interdependence is as much a spiritual principle as it is a matter of public health.

Just as our spiritual wellbeing is linked to the service and support of others in the body of Christ, so our physical health is connected to the willingness of others give on behalf of the greater good. We can see this most clearly in the recent measles outbreak, where the refusal of parents to vaccinate their children for the sake of public health has led to many other children who are too young to be vaccinated or whose immune systems are compromised being put at risk.

When our own health is at risk, however, we tend to turn inward rather than outward. “The more vulnerable we feel, sadly, the more small-minded we become,” Biss observes. As Christians, however, we have been shown another way. God intentionally took on our human flesh contaminated by the disease of sin. Through Jesus, he shows us a different way of being vulnerable: not vulnerability that leads to self-enclosure and fear of becoming impure, but vulnerability that leads to identification with those whom society considered the filthiest and most diseased.

This vulnerability entails responsibility. Though it is simpler to focus only on my family’s health by shopping for organic kale and air purifiers at Whole Foods, if I truly believe in my interdependence with my local and global neighbors, I will also use my resources to promote their wellbeing. I might support initiatives that bring fresh fruits and vegetables to food deserts or push corporate and national leaders to reduce greenhouse gas emissions so that we can all breathe purer air.

As the body of Christ, we are called to participate in Christ’s downward mobility when he became like the lowliest among us and emptied himself of his privilege of being God. “Can you drink the cup?” Jesus asked his disciples James and John. Christ’s example is an invitation to commune with those from whom we might otherwise shutter ourselves. It is a call to use our resources and privilege not just to protect the health of our own children, but invest in kingdom work that helps all children thrive.

This is easier said than done. As a mother, I am hardwired to do everything I can to protect and defend my own children. To let go of that, to care for other children as my own and recognize my interdependence with all of the beautiful and strange people God has created, takes something supernatural. It takes the resurrection. Gratefully, this is our greatest resource as Christians.