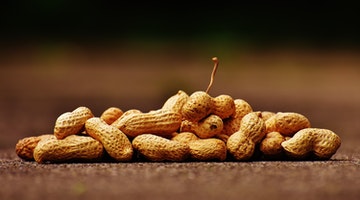 From the archives: one of my earliest freelancing stories, first published in Destra Magazine in 2013.

At one of New York City’s many soup kitchens, a tall, unassuming bald man by the name of Micah Feinberg* used to scrub pots. He loved his job so much they christened him the “Pot Washer.” Because he ate at the soup kitchen and got his clothes from there, they assumed he was homeless.  In actuality, Micah held a well-paying programming job in the financial district and, when he died, it was discovered that he had given most of his paychecks to charities, including to this soup kitchen. The remainder he had invested such that at his death he had amassed over $20 million to start a charitable foundation supporting the homeless, inner city youth, and other vulnerable populations for whom he cared deeply.

Micah Feinberg’s legacy is the culmination of an entire lifetime of putting others before himself. He spent his life working in soup kitchens, socializing with the homeless, and living at a bare minimum so that he could give his money away. As his nephew Adam recalls, Micah lived in a little rent-controlled apartment in the Morningside Heights neighborhood of New York City where the rent was $300 per month. He walked about 11 miles to work each day. “He never moved, never had anything in there,” Adam said. “He had this one dresser, and when he opened it, there were old presents from people in it.”

When Micah died several years ago and Adam handled the estate, his possessions included a broken wicker table, an old spatula, and a cabinet full of papers, all of which were in such shoddy condition that the thrift store wouldn’t even take them. “Things didn’t concern him like they concerned other people,” Adam said.

A Deep Compassion for People

If material possessions didn’t concern Micah, people certainly did. Micah “lived in a very bad neighborhood and could see the effects” of his society’s priorities, Adam said. “He had such compassion.”  He gave continually to organizations that supported those who had fallen through the cracks, such as inner city youth and homeless people. As the son of a Russian Jewish immigrant, he also gave to Jewish cultural and educational organizations.

In fact, Micah was moved to give by just about any situation where ordinary people got jilted. When a snafu at the company where he worked left employees without paychecks for a week, Micah wrote a check with his own money to pay people until the company could pay him back. Whenever friends or family members asked to borrow money, he always gave it, along with making them sign an IOU note which, according to Adam, was a big joke because he never expected anyone to pay him back.

Micah’s lifelong compassion left a trail of friends. When he died after some years of living in Florida and working at a homeless shelter there, the Christian shelter put on a funeral for Micah, Jewish rabbi and all.  “We didn’t know he had any friends,” Adam said, but they came out of the woodwork upon Micah’s death. “He never told anybody what to do but kind of won people over.”

Adam recalls a time when he joined Micah at the soup kitchen. “Oh, Micah! Micah!” everyone hailed as he came in. Micah and the other kitchen workers would joke around and give each other a hard time. “You aren’t working hard enough,” Micah jested at the others. They would always give him food to take home, Adam remembers. Though Micah was a native New Yorker, he didn’t seem like it. His sweet, goofy personality made people protective of him. “They were worried about him, not quite sure what to make of him,” Adam said.

Not Taking Himself Too Seriously

What made Micah Feinberg so self-effacing and generous? Perhaps it was the cultural values he inherited as a second-generation Russian Jew. Perhaps, also, it was a warm-hearted sense of humor and child-like wonder at life that kept Micah from taking himself too seriously. He was a bit of a Charlie Chaplin, Adam recalls. Micah used to teach his nephew how to fit in on a commuter train. “He taught me how to fold the newspaper, how to dress like a businessman, how to read the stocks page in the paper,” Adam said (apparently, Micah was quite an astute investor). “It was kind of a parody – how to act like a businessman but not really.” Adam also remembers that Micah loved snow. “He loved to work and shovel the snow. He was so excited when the snow came.”

In any case, Micah was so unconcerned about himself that he never asserted his privilege even in situations where he could easily have done so. At all the homeless shelters and soup kitchens where he worked, people just assumed that he, too, came from off the streets. He never told them otherwise. When he died and left a tidy sum of money to these organizations, they were shocked. In one instance when Micah fell and broke his hip, the medics thought he was homeless and took him to a general hospital where he got treated like all the other homeless guys. Again, he never attempted to correct that assumption.

Such a lack of self-assertiveness might be seen from one perspective as foolishness and self-neglect. On the other hand, it shows just how much Micah identified with and cared about downtrodden homeless people – enough to where he didn’t mind being treated like one.

“He was a rare guy,” Adam said. Indeed, there are not too many people like Micah Feinberg out in the world who would eat a potato or a bag of peanuts (shells and all!) for a meal in order to save money to give to others.  There are not too many people who would choose to take the short end of the stick for an entire lifetime so than in the end thousands would benefit from that sacrifice. Micah’s life might seem like a gruesome and unnecessary level of self-denial in some respects.  But perhaps, if we took a few steps closer to his example, we would be surprised at the simple joy that comes from giving more than you take.

*Name has been changed to protect the privacy of the family and honor Micah Feinberg’s desire throughout his life to not call attention to himself.